Jane Wells. Telling stories so we can better understand each other. 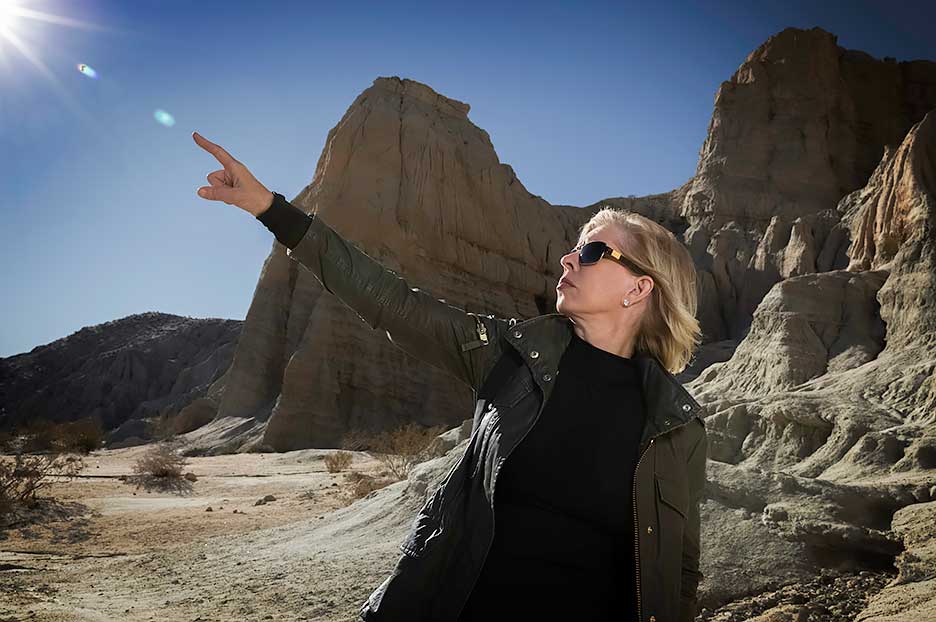 Jane Wells is an award-winning broadcast journalist with over 30 years experience in the news media. She’s covered everything from earthquakes to riots, from the O.J. Simpson trial to Mother Teresa’s funeral, from the massacre at Columbine to the 2008 financial collapse. She has questioned CEOs about poor business decisions, driven a bulldozer on live television, posed as a prostitute for a story on AIDS, appeared in the “Seinfeld” finale, and even got a hangover—on purpose—to test out the best cures.

More than anything, Jane loves a good story. She specializes in making people feel comfortable, drawing out their most personal and revealing thoughts. Using humor and a healthy balance of empathy and skepticism, Jane’s work stands out in a noisy media landscape.

Wells has won a Peabody and DuPont award for her part in KTTV’s live coverage of the Rodney King trial, along with several local news Emmys. In 2000, she transitioned from a career in general news to covering business and the markets for CNBC.

These days Jane remains a CNBC Special Correspondent, where she works on special on-air stories. She is also the reporter for CNBC.com’s “Strange Success” franchise, and she contributes “Good Life” reports to WCBS radio in New York. In Los Angeles, she regularly fills in at KFIAM640, the highest rated talk radio station in the west. In her free time, she produces story-telling promotional videos for non-profits like the Salvation Army.

Jane is also a regular speaker and moderator for events which have a financial or business focus, and she mentors women about succeeding in media.

When you need a journalist to tell your story, Jane uses interviews—your voice, not hers—to share your challenges and successes in documentary form.

Wells has a been speaking to audiences for years on topics ranging from the ways business news coverage is changing to surviving in media as a “woman of a certain age.” She is often called upon to moderate events with a business focus. Here is her speaker profile with testimonials.